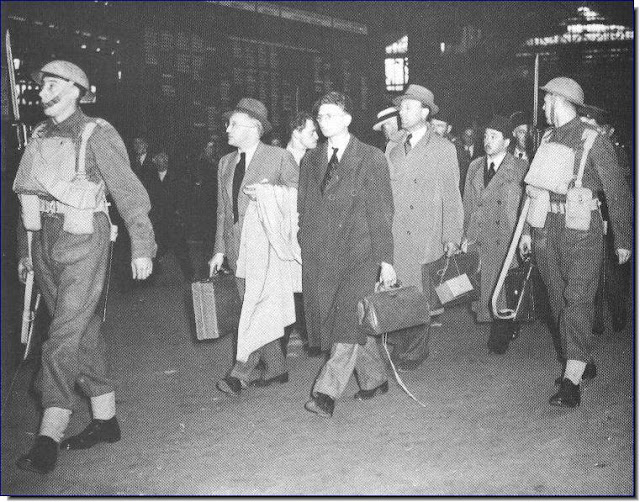 On May 12 two days after the Nazi invasion of the Netherlands, the British arrested 2000 foreigners mostly of German and Austrian origin and residents within 30 kilometers of the coast of the Channel. During the following five days thousands more were arrested.  the rest of women and men in countries hostile to Britain were arrested and taken to concentration camps. The camps were erected  in race tracks, old factories and even field properties in resort locations on the island of Man. In two weeks 4000 Italian expatriates were arrested  when Italy declared war in mid-July and there were more than 50,000 foreigners behind the barbed wire. 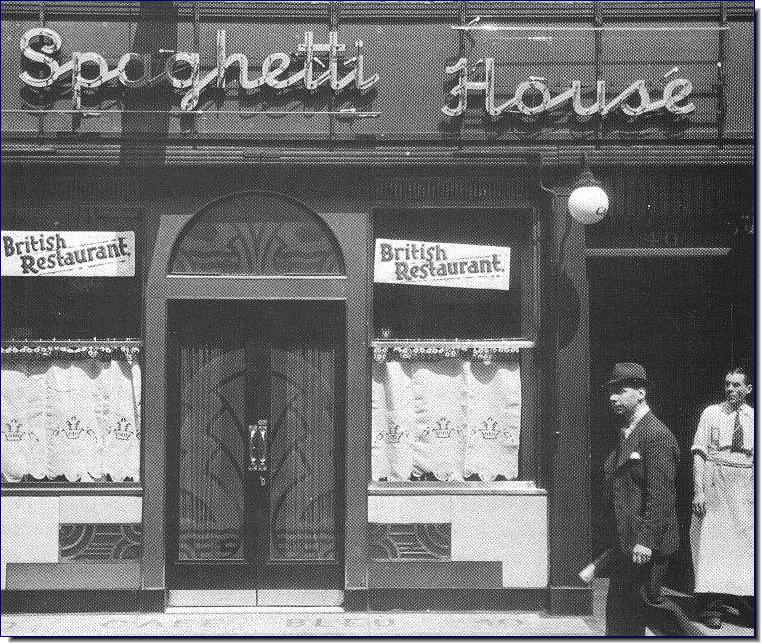 The restaurant on Old Compton Street, London, informs its clients that their noodles are Made-In-Britain.

In the xenophobic panic  tens of thousands including many anti-Nazis who had fled the assault troops of Hitler were arrested. The indiscriminate arrests became a scandal in late summer and there was demand for a correction. A few months later many prisoners were released  And in less than two years there were only about 5,000 men and women; one tenth of the initial amount in British prison camps.